When the boss leaves, an opportunity for sharing the wealth equitably 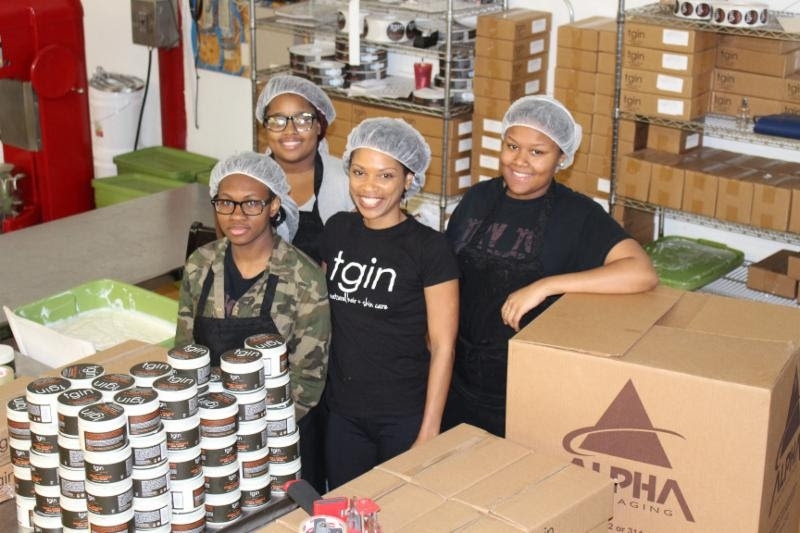 Manufacturing businesses are overwhelmingly owned by white people, many of whom struggle to pass along their enterprises to family. But when these companies are acquired by employees or Black and Latinx men and women, it’s an opportunity to narrow the racial wealth gap

The organization I founded, Manufacturing Renaissance, launched a new company in partnership with other leading organizations in Chicago-RE/CAST: Advisors in Manufacturing Ownership Succession—a company that will facilitate the transfer of ownership of manufacturing companies to the next generation of entrepreneurs. The Chicago Tribune published an article describing our effort, “The boss is retiring. The kids don’t want to take over. Family-owned manufacturers confront a succession ‘crisis’”. Manufacturing Renaissance is reviving an effort, which it first attempted in the 1980s, to match retiring manufacturers with entrepreneurs who are interested in keeping the companies local and viable.

In response to the article, we received the following note that illustrates the value of our approach:

My father owns a fabrication business in the tool-and-die industry (with a focus on tube and pipe equipment fabrication) based out of Elk Grove. He’s in his early 70’s and, to the best of my knowledge, has no idea who will replace him and run the company. Two of his sons (myself and my brother) pursued different interests after short stints working at his shop after college – and no other family members have the skills or desire to take over. I know he’d love to retire, but the lack of a replacement keeps him in the business.

The manufacturing sector in the Metropolitan Chicago area generates over $65B annually and employs over 580,000 workers, the second largest cluster in the nation, according to the 2013 “Metropolitan Chicago’s Manufacturing Cluster: A Drill-Down Report on Innovation, Workforce, and Infrastructure.”  In Cook County alone there are over 6,000 manufacturing companies employing more than 180,000 workers. The manufacturing sector provides wages that are 27% higher than the regional average and creates the largest economic ripple effect of any industry, as one manufacturing job supports at least 5 more in the region. Based on survey research performed by the UIC Great Cities Institute, 73% of the sampled manufacturing companies in the Chicagoland area have an owner over the age of 55. Of those firms, 61% are at immediate risk due to lacking a defined ownership succession plan and have not identified a suitable successor. In a report by the Ohio Employee Ownership Center, it was noted that, “The failure to plan for business succession in small and medium-sized companies is the leading preventable cause of job loss in the United States.” This is a long-standing problem in Chicago and around the country. Small, privately-held companies are hidden in plain sight, and there is relatively little information about the companies. Issues of succession of ownership are viewed as a private family concern, and often not addressed until it’s too late. At the same time, manufacturing companies are overwhelmingly owned by white men, contributing to profound differences in wealth creation relative to workers, women, and minority populations.

RE/CAST is a partnership of former business owners, job training programs, community development organizations and labor organizations that is uniquely positioned to identify target firms and facilitate successful transitions. Each core partner in the organization provides a specific network and skillset that is unmatched in the private marketplace: the financial resources of LISC Chicago; access to owners of manufacturing companies through the Chicago Federation of Labor (“CFL”); the manufacturing expertise and network of Manufacturing Renaissance; the connections to the minority entrepreneur communities of the Safer Foundation; and the resources of World Business Chicago, the State Treasurer’s Office and the Cook County Bureau of Economic Development. In addition to these key capabilities, the partners are well-positioned with relationships in government as well as the banking and social impact fundraising communities. To date, there are no private market equivalents (investment banks, private equity firms, etc.) that can match the RE/CAST’s potential reach. The Chicago Community Trust generously supported the founding of RE/CAST including the research of the Great Cities Institute that updated our data on succession of ownership in small manufacturing companies. RE/CAST also received generous support from the Cook County Bureau of Economic Development and LISC Chicago.

The mission of RE/CAST Advisors is to retain and develop Chicagoland’s industrial base by arranging for the acquisition of manufacturing companies confronting ownership succession by groups of employees and High Road entrepreneurs, particularly African American and Hispanic men and women. “High Road” entrepreneurs are groups or individuals committed to managing their businesses for the shared benefit of ownership, employees, and the surrounding community. RE/CAST will focus specifically on groups of employees who may utilize ESOP or cooperative structures, African American and Hispanic men and women who have historically been underrepresented in firm ownership, addressing historical barriers to wealth creation within those communities, as well as white entrepreneurs that share our values. RE/CAST has a vision of a robust and inclusive manufacturing sector consisting of firms owned by employees and High Road entrepreneurs.

This project presents a unique opportunity for innovation in the field of economic and community development. A crisis in ownership succession in the manufacturing sector creates an opportunity that combines community and entrepreneurial interests and leads to a broader, more diverse, and sustainable pool of owners in manufacturing. We are confident that this effort can produce a prototype for implementation on a national scale.

Our nation’s manufacturing economic engine is at risk due to a lack of succession planning among current ownership, producing a crisis that can also present a transformational opportunity. We can maintain and develop our manufacturing base while also addressing historical wealth barriers to create an ownership sector that includes workers as well as Black and Latinx men and women. This change could alter the values that guide the management of manufacturing companies from those that prioritize the private accumulation of wealth to values that address historical barriers to wealth creation, sustainable employment, and community development.

RE/CAST and “Recalibration”:  COVID has had an enormous impact on the business climate and acquisitions in general.  With all of the unknowns, including the impact on workforce and the supply chain, it’s difficult to determine the true value of companies.  As a result, RE/CAST has gone into a “recalibration” stage reserving our operating funds from the County Bureau of Economic Development until the business climate becomes more predictable.  We are taking advantage of this kind of pause to learn from our earlier efforts as we prepare to re-launch in the next few months.