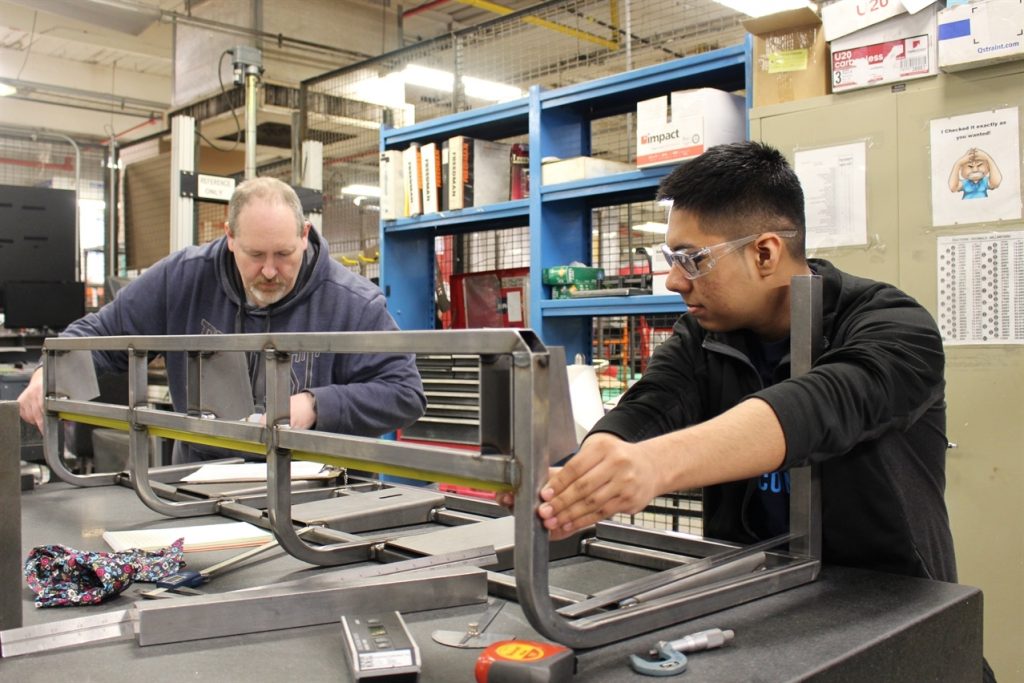 Unlike the ‘70s, today’s manufacturing jobs are more robots and tech than dirty assembly lines. There’s room for growth if we can build a pipeline of skilled workers. Here’s how closing the skills gap can turn a crisis into an opportunity.

This is the second blog in a series on about confronting the social, economic, and political challenges of our manufacturing sector, especially in the Chicago region.

Want to build a healthier middle class? Manufacturing is the key. Manufacturing remains the key sector for rebuilding a broad-based middle class in this society, which could ultimately rebuild communities on Chicago’s West and South sides. The service or retail economy simply can’t do that. It’s about the math.  Wages in manufacturing average around $80,000 when you include benefits, whereas wages in the service sector average in the low ‘30s and average wages in retail are in the ‘20s.  More important is the job multiplier.  Each manufacturing job gives rise to five other jobs in the economy.  Each job in the service sector gives rise to one other job.  And each job in retail generates maybe ¼ of a job in the rest of the economy.

But there’s a catch; manufacturing has changed. We’ve outsourced our low-skilled manufacturing jobs to Mexico, China, and other developing countries. These were nations whose low-skilled workers would toil for wages that were often 1/10 of what the same jobs would pay in the U.S. For their part, American companies then shifted to higher value-added or advanced manufacturing, roles whose complex technologies required a higher degree of education

In the late 1990s, my discussions with manufacturers always included the fact that they couldn’t find the talent they needed to compete in the global economy. I observed a sentiment of disdain among these professionals for the performance of the public education system. The actual programs in public schools used dated equipment and were taught by teachers who had little connection to the dynamism of manufacturing.  In 2000, Manufacturing Renaissance, the not-for-profit research and consulting organization I founded in 1982, successfully applied for a $750,000 grant from the U.S. Department of Labor to study the connection between the public education system and manufacturers. We found a complete disconnect.

Meanwhile, 58,000 jobs in manufacturing now paying $84,000 considering benefits are going unfilled, denying our manufacturing sector the talent it needs to compete as well as denying our students access to a career.

We interviewed a number of guidance counselors in the Chicago Public School System and not one would recommend a student to pursue a career in manufacturing. Chicago Public Schools and City Colleges of Chicago were completely alienated from our manufacturing sector at great cost to our city. The obvious question: how do we fix this?  We took a delegation to study the world-class systems in Germany, the Netherlands, and Denmark. We learned about apprenticeships, the dual system, and national skill standards and certifications.  Our final report to the Department of Labor applied these lessons to a plan for reforming public education and re-establishing its ties to our manufacturing sector. 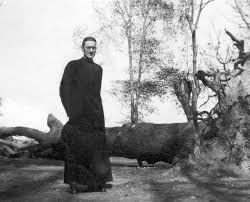 Manufacturing Renaissance also became aware of the town of Mondragon in Basque Country in northern Spain and the link they had created between education, manufacturing, and community development. In the 1940s, Father Arizmendez had been assigned to be the parish priest in the small village of Mondragon. He was a visionary who understood that if this poor region were to ever develop and overcome its deep poverty, residents needed to build their manufacturing sector. Father Arizmendez started a polytechnical high school/college that taught students the skills required in manufacturing. The school espoused Catholic social values that saw the purpose of a company as building the community, rather than just making the owner rich, and that recognized the dignity of labor. In the 1950s, Arizmendez took five of those students and they purchased a small manufacturing company.  They organized the company as a cooperative with a management structure of one worker/one vote and with a reimbursement structure in which the highest paid didn’t make more than three times the lowest paid. The profits of the company were re-invested in new technologies and in the company. It was successful. Another company was created on the same model and was successful. At the end of 2013, 257 companies employed over 75,000 people in the Basque Country, a region seen as the cutting edge of the Spanish industrial economy, according to the 2013 Mondragon Corporation Annual Report. Father Arizmendez’s example became the inspirational model for our work in education: education that prepared young people for positions in all aspects of a manufacturing company and with the purpose of building the community.

Armed with a vision of a new paradigm of development anchored in manufacturing, Manufacturing Renaissance turned its attention to Chicago’s educational system. Our goal is anchored in closing the skills gap and linking students to the great careers in manufacturing.  We partnered with CPS with successful programs in three under-resourced schools attracting partnerships with 140 companies that provided internships, summer jobs, job shadowing, and employment opportunities. We currently manage community-based programs for high school-age students as well as older youth ages 18 to 29, working under contract with initiatives like Chicago Cred. Our work with older youth involves our Young Manufacturers Association that provides peer support for our young people who go into manufacturing. It’s relatively easy for our students to secure a job.

Our commitment to scaling requires creating a pool of instructors who are technically, culturally, and pedagogically competent. We have joined with the Chicago Teachers Union Foundation and the National Institute for Metalworking Skills and created the Instructor’s Apprenticeship for Advanced Manufacturing.

Finally, nothing can be fully developed without national support. We have partnered with The Century Foundation and the Urban Manufacturing Alliance in the creation of a learning cohort of eight leading workforce development organizations under the banner of Industry & Inclusion 4.0 who are making the case for a change in national policy.

There’s a crisis in manufacturing reflected in the thousands of jobs going unfilled. This crisis represents a huge opportunity that requires investment as well as vision, particularly in communities like Chicago’s West and South sides. The failure to build an educational infrastructure deeply linked to 21st Century manufacturing is 21st Century segregation.