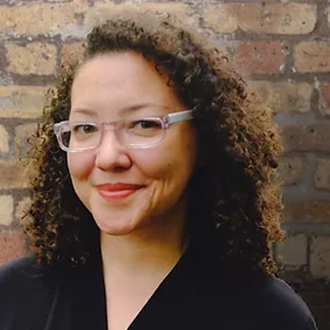 Erica Swinney Staley has over 20 years’ experience working in and with low-income, Black and Latinx communities on a variety of environmental, community, youth and workforce development programs and initiatives. Since 2008, Erica has worked for Manufacturing Renaissance (MR) and now serves as its Executive Director and a leader in the Chicagoland Manufacturing Renaissance Council network.

Through MR, Erica developed and directed the Manufacturing Connect and the Young Manufacturers Association programs to expose, inspire, prepare, and support Black and Latinx youth and young adults to pursue career pathways in manufacturing. Through these programs over 12 years, Erica’s management led to over 150 manufacturers participating in program activities, a NIMS-accredited machining facility designed and installed into a Chicago Public School on the westside of Chicago, nearly 700 work experiences completed by youth, over 400 nationally recognized industry credentials earned, over 175 full-time manufacturing job placements for graduating high school students averaging over 1 year of retention on the job. Erica has also developed and provided numerous workshops and presentations for teachers, instructors, administrators, practitioners and policy makers to learn about best practices in career pathways programming, developing multi-stakeholder partnerships and how the manufacturing sector can serve as a strategic tool for community and economic development.

After completing her BA degree at the University of California (Berkeley), she served two years in Peace Corps in Paraguay and eighteen months in Americorps. She later earned a Master’s degree from San Francisco State University and completed the Civic Leadership Academy program at the University of Chicago. Before joining MR, Erica started her career in California as a community organizer and project manager for youth and community projects addressing environmental, social, and economic justice issues. Erica, a biracial Black woman (she/her), was born and raised in Chicago and attended Chicago Public Schools through high school. Erica currently lives in Chicago’s Logan Square neighborhood with her husband and son. 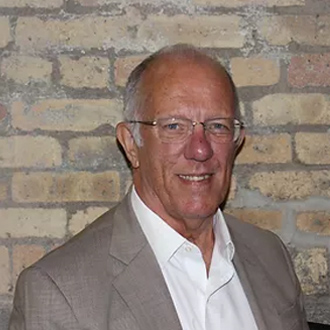 Dan founded Manufacturing Renaissance (MR) in 1982 in response to the thousands of manufacturing plant closings in the Chicago area. At the beginning, the organization’s work was focused on industrial retention efforts. Dan led a team that studied hundreds of companies and worked on dozens of campaigns with local unions, community-based organizations and the City of Chicago under the Harold Washington administration to save industrial jobs. Dan was one of the founders of the Labor Research Review, a journal published between 1982 – 1994. LRR was a highly regarded forum for analysis, criticism and strategic thinking on the American labor movement in the late 20th century.

Dan served as the founding executive director until 2020. He continues to serve the organization as a senior advisor, guiding many of MR’s strategic initiatives. He is recognized nationally as a leading expert and resource. He writes and speaks regularly for manufacturing trade associations, universities and colleges, community development networks, unions, and others interested in promoting advanced manufacturing and its intersection with public interests domestically and internationally.

Prior to founding MR, Dan worked for 13 years as a machinist in the Chicago area. He organized Steelworker Local 8787 at G+W Taylor Forge in Cicero, Illinois and served as Vice President. Taylor Forge closed in 1983. Dan also worked as a production machinist at Sunbeam and Victor Gasket.

Dan graduated from the University of Wisconsin, with a B.A. in history in 1967. Before and through college, Dan worked as an activist and an organizer, interning for the Student Nonviolent Coordinating Committee in Georgia in 1965, working for the Georgia Council of Human Relations in 1966, and organized soldiers against the Vietnam War at the Great Lakes Naval Training Center between 1968-1970.

See a list of Dan’s major articles and presentations here. 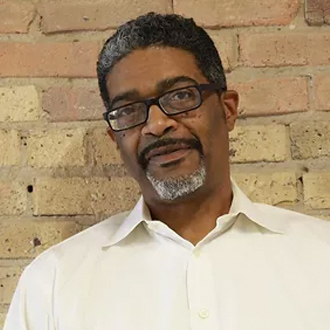 Robinson began his varied and unique professional life as an award-winning reporter for the Detroit News, then as an editor for United Press International (UPI), and later, as a senior editor and columnist for the Black Press Review, the Agenda literary magazine.

In the 80’s Robinson joined the Harold Washington administration’s economic development policy and program team in Chicago where he developed cutting-edge programs and policy focusing on municipal recycling and solid waste management, and he is considered an early pioneer in the industry.

Robinson has also owned a public affairs company, held numerous senior roles in government, managed many issues and elective office campaigns and has over 30 years working in and for the interests of communities of color.

Robinson studied journalism and history at Morehouse College and policy and social science at DePaul and Roosevelt Universities.  He also holds professional certifications in conflict resolution, organizational and executive leadership.

Robinson enjoys film, music, golf and martial arts.  He has published numerous articles and his recent book, The World is Watching, was released in 2019. 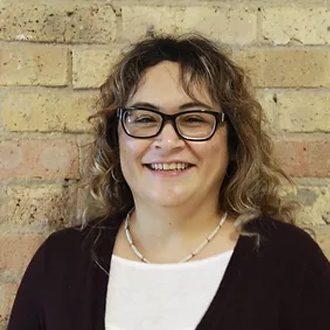 Veronica joined Manufacturing Renaissance in March 2016, bringing over 10 years of accounting and 15 years of office management experience. Throughout her career, she has worked for several non-profits, including the Mujeres Latina en Accion. She holds a M.B.A from National Louis University, and a B.A in Business Administration, with a concentration in Accounting from the Robert Morris University. Although she was born and raised in Chicago, she speaks fluently in Spanish. 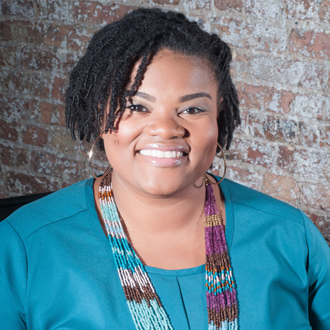 Joyce Weston, a Chicago native, obtained both her bachelor’s and master’s degrees in social work at Northeastern Illinois University and Loyola University Chicago, respectively.  Having grown up in the Cabrini Green housing projects, Joyce’s plan and passion has always been to work in underserved communities.  She has spent the last 15 years providing clinical and case management services to youth, families and older adults throughout the city.  Joyce brings a breadth of program management, evaluation and quality compliance experience to MR.

Although she enjoys the administrative side of social work, Joyce is also committed to the therapeutic process and maintains a private practice, working with individuals and couples.  Her work is rooted in her belief that, given the right tools, people have the ability to create lasting change in their lives.  And when she isn’t working, Joyce is continually chasing the next adventure in her own life. 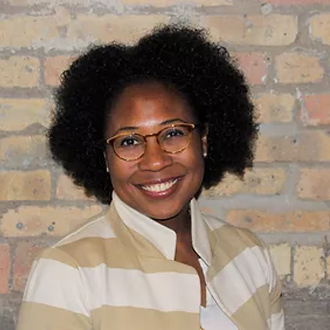 Leslye Long is a native Chicagoan who has provided mentor program development to youth and adults throughout Chicagoland communities for almost 16 years. Leslye joined Manufacturing Renaissance in 2014, when the organization was awarded a $2.4M Department of Labor grant, which brought to the development of Manufacturing Connect’s mentoring program. She is a graduate from Columbia College Chicago and enjoys incorporating organized creativity and life skills into her program designs. During her spare time she enjoys self-improvement activities and teaching Empowerment Art Workshops at the University of Chicago’s Logan Art Center. 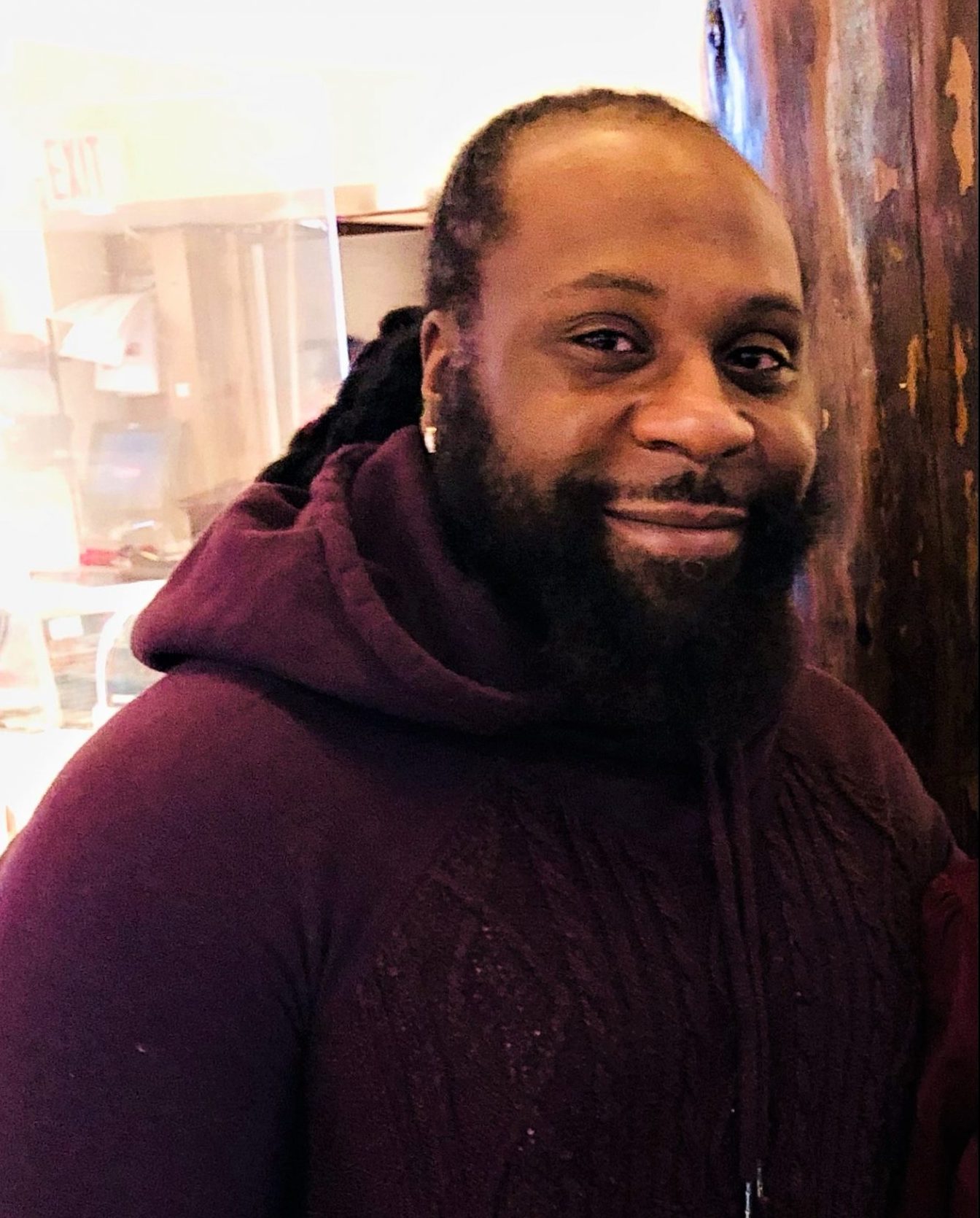 Brence Turner is Manufacturing Renaissance’s Senior Machining Instructor who has over 20 years of aerospace and power generation industry experience. He holds a bachelor’s degree from Northeastern University in Vocational Leadership, Training and Development, as well as a Journeyman’s apprenticeship certification from the Tooling and Manufacturing Association.  He is committed to bridging his experience and partnering with youth to enhance their access to economic equity through educational and advanced manufacturing career pathways. His work is rooted in building stronger communities in the City of Chicago and the surround Chicagoland area. When he is not in the classroom, he enjoys personal training, reading, and spending time with his family. 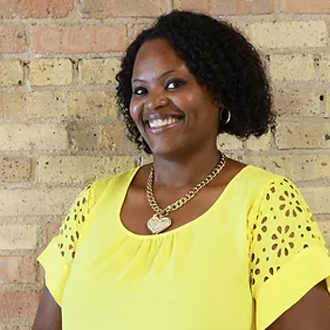 Dee Dee is responsible for recruiting manufacturing companies for field trips, job shadowing experiences, internships and career opportunities, as well as prepare students for careers in manufacturing. DeeDee has been part of the MR team since 2014. She has recruited for various manufacturing companies in multiple industries for various types of positions for over 15 years. She also worked as an adviser for manufacturing companies on current trends, labor market information, workforce programs and funding and connected companies to partner agencies for additional resources. She is a graduate from Lewis University with a B.A. in Business Administration and MMS NIMS Credential holder. 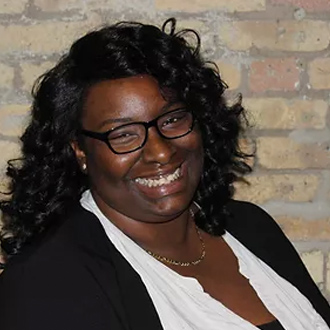 Mieka joined Manufacturing Renaissance in the fall of 2015 as a tutor and is now a full-time program assistant as of July 2017. She supports all program activities related to our Manufacturing Connect program based at Austin College & Career Academy. In particular, she helps with the implementation of mentoring activities, tutoring and manages participants’ Individualized Development Plans. Mieka received her B.A in Human Development at The University of Illinois at Chicago. She hopes to further pursue a career in education and politics. Mieka is currently obtaining her M.Ed in Youth Development from UIC.