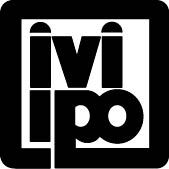 The growing focus on the connection between manufacturing and urgent environmental issues was a key topic at The Green Town Hall, a virtual event held on May 10 by IVI-IPO (the Independent Voters of Illinois and Independent Precinct Organization).

David Robinson,  Director of External Affairs for Manufacturing Renaissance, was one of three panelists at the event. The other panelists were Kim du Buclet, a former Democratic state representative and current Commissioner of the Metropolitan Water Reclamation District of Greater Chicago, and Josh Boggioni, a partner in the law firm Hinkhouse Wiliams Walsh LLP who has extensive legal and volunteer experience on environmental issues.

Panelists agreed that there is currently a great opportunity to address environmental issues in an equitable way and build partnerships to make that happen.

“Our belief is there must be a complete and inclusive all-hands-on-deck approach to environmental stewarding,” said Robinson, whose background includes pioneering efforts on recycling and waste management issues with the Harold Washington administration in Chicago. “We believe that legislation and activism alone will not solve the environmental crisis. Innovation and manufacturing will also begin to drive sensible, smart environmental policy.”

The goal, he said will be “support a healthy environment and healthy economy.”

Amidst overwhelming evidence about the impact of climate change, panelists reinforced the importance of educating the public and continuing to build support on this issue.

“Climate change is real,” said du Buclet. “We need to be aware of it, and mitigate climate change issues.” She emphasized the effectiveness of reaching out to elected officials. “Legislators listen to voice mails, read emails, text messages – and if the majority of constituents are telling them to take a certain action, more than likely they will.”

Robinson suggested how Manufacturing Renaissance can play an important role in addressing this issue. “We’d want to get stakeholders together, determine what could replace these pipes, and figure out what kind of training would be needed for workers who replace them. It’s going to be about getting industry, environmentalists, and communities together.”