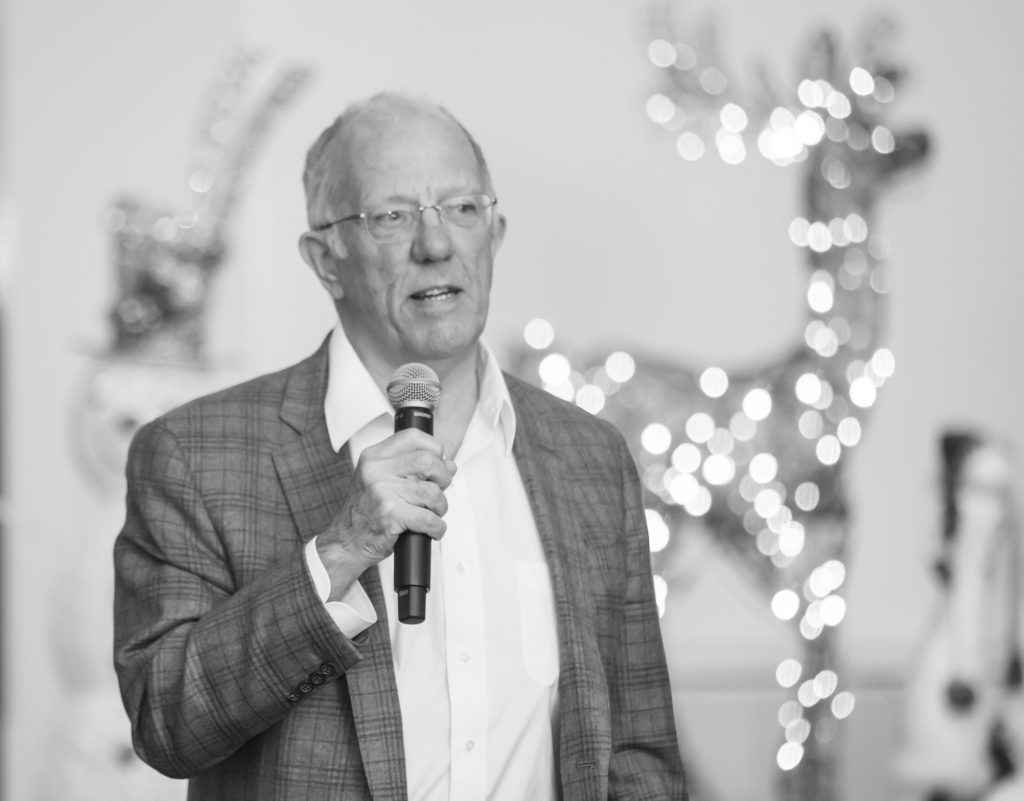 During a virtual awards ceremony on October 22, Swinney reflected on the honor and Mayor Washington’s legacy. “I’m deeply honored to receive the Harold Washington Award from the Independent Voters of Illinois-Independent Precinct Organization,” he said. “My work in the Harold Washington Campaign as well as working for his Department of Economic Development was truly a transformative period in my life.”

Swinney shared his experience as a “true product of the movement in the 1960s,” a period that included working as a volunteer organizer for the Student Non-Violent Coordinating Committee in Georgia, an organizer in the anti-war movement, and then as a machinist and organizer of Steelworkers Local Union 8787 on Chicago’s West Side. “In 1983, the company I worked at closed as did 3,000 out of 7,000 factories in Chicago,” he said. “I then founded Manufacturing Renaissance.”

Swinney related in his speech how after reading the Washington Papers, which fueled Washington’s successful run for mayor in 1983, he  was “hooked and joined the campaign, knocking on doors in the 32nd Ward. And I became a voter for the first time.”

Swinney linked Mayor Washington’s work with the current work of Manufacturing Renaissance and other organizations to “put communities rather than personal profit first.” Mayor Washington, he said “was not only incredibly charismatic but he advanced ideas on urban development that were decades ahead of their time. He proved to me the value of the mantra of this IVI-IPO event: Endorse, Vote, and Advocate! – as some of the essential steps in bringing about fundamental change.”

“Thanks again for the Harold Washington Award – a true honor!,” said Swinney.

In his remarks, Swinney also commented on how Washington’s work not only continues to be relevant – but is tied to current efforts to develop communities in an equitable and sustainable way. “I also want to thank IVI-IPO for your endorsement of Rep. Jan Schakowsky’s bill HR5124 – the Manufacturing Reinvestment Corporation Act,” he said. “This bill will be a major step towards a new paradigm of development and is truly in the spirit of Harold Washington.”

Earlier this year, Swinney wrote Towards a New Paradigm of Development, a blueprint for industrial policy that shows how manufacturing can play a key role in the nation’s future. The document articulates Manufacturing Renaissance’s larger vision for a paradigm shift in our society and offered descriptions of programmatic prototypes that demonstrate the potential of such a shift.

The IVI-IPO event also celebrated the life and work of Timuel Black, an educator, civil rights activist, and author who passed away the week before the October event.  In 1982, Black and others encouraged Washington, who was then a congressman, to run for mayor. Black received the Harold Washington Award in 2018.

IVI-IPO’s mission is “to achieve social justice through good government by increasing voter participation and knowledge, by providing a framework for candidate evaluation, and by electing responsive government officials.”