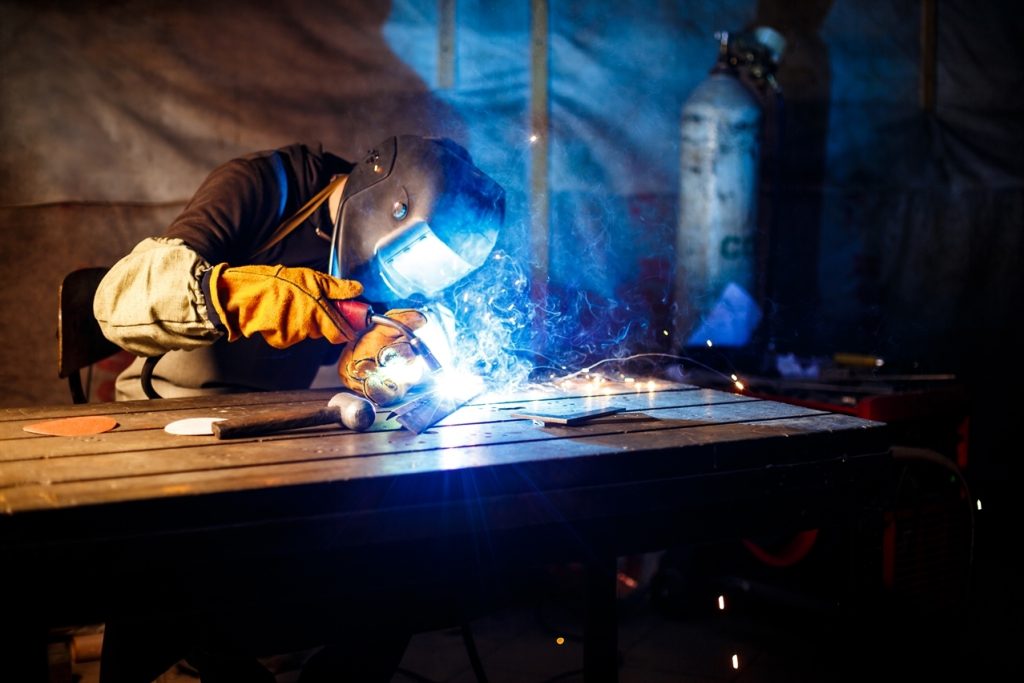 Chicago needs an ambitious industrial policy—Inclusion & Industry 4.0. Today, manufacturing is 11% of Chicago’s gross domestic product (GDP)—about the same as in Afghanistan. Meanwhile, our competitors (and potential partners) in Germany and Spain maintain manufacturing as 25% of GDP. What is to be done in shaping an industrial policy that benefits all of our communities—particularly on the West and South sides

Chicago, Cook County, Illinois, and the United States need an ambitious industrial policy—”Inclusion & Industry 4.0”, with GDP at 25% of GDP by 2030!

I attended a webinar hosted by the Metropolitan Planning Council (MPC) last June on Equitable Prosperity. One of the speakers proudly commented that manufacturing was 11% of Chicago’s gross domestic product (GDP). As it turns out, manufacturing is 12% of US GDP in general—about the same as Afghanistan, and the West Bank in Palestine. Our key competitors have a far deeper commitment to manufacturing. In Germany, 23% of GDP is in manufacturing, South Korea is 29%, China is 27% (1). The United States’ 12% represents the steady decline of manufacturing in this country. In the 1950s, manufacturing made up 27% of the GDP. The decline in manufacturing has become a source of income inequality, poverty increase, and the growing instability in all aspects of life in the United States. In Chicago, the dramatic decline of manufacturing disproportionately affected Black and Latinx communities. I wrote to MPC about my concerns and received the generous invitation to write a series of blogs on manufacturing and community development. I’ve described the impact of de-industrialization and various efforts to retain our companies in my other blogs.

If we are to have a society where equitable prosperity is possible, we must have an ambitious industrial policy that charts the role of government in mobilizing all aspects of our society to contribute to rebuilding our productive capacity.

Each manufacturing job generates, on average, five other jobs in the economy.

If we are to have a Green New Deal (2) that’s been proposed by visionary Democrats, like Congresswoman Alexandria Ocasio-Cortez, that seeks to solve the climate and environmental crisis, we must expand our manufacturing sector to make the new products with new processes that will lead to sustainability rather than continuing to contaminate the planet and our communities. It won’t be lawyers suing companies that will address the environmental crisis. It will be the manufacturing sector.

Our industrial policy has to embrace advanced technologies—robotics, digitalization, nanotechnology, and those to come. There’s no retreat from advanced technologies if we are going to be successful in building a sustainable and restored society. In the parlance of the rest of the world, this means embracing “Industry 4.0”—the German industrial policy that has set the world standard.

But embracing Industry 4.0 is required but not sufficient. Klaus Schwab, president of the World Economic Forum commented on the potential for advanced manufacturing and technologies to widen the gap between rich and poor. He said, “…my biggest concern (is that) the fourth industrial revolution will…increase the inequality which we have. (3)”

While investing in advancing technologies is necessary, the financial and political investment in inclusion is equally, if not more, imperative. This is about social justice. Inclusion in the manufacturing sector provides the first essential step to ensure that those who are making the decisions on how we use new technologies reflect the interests of our whole society, and not just the privileged few. We need to ensure that manufacturing is a tide that lifts all boats, not just a sector that serves those only concerned with their own private accumulation of wealth.

We need to ensure that manufacturing is a tide that lifts all boats, not just a sector that serves those only concerned with their own private accumulation of wealth.

Our industrial policy must be changed to “Inclusion & Industry 4.0.” This means that we embrace, and invest in Industry 4.0, but remain equally committed to inclusion, by investing in:

Inclusion & Industry 4.0 has to be a priority for our entire society. The notion that manufacturing constitutes 11% of Chicago’s GDP is a disgrace. Our elected leaders need to set a goal of 25% of GDP in manufacturing by 2030 and take the necessary steps to reach that goal. We deserve no less if “equitable prosperity” has a chance at being a reality.