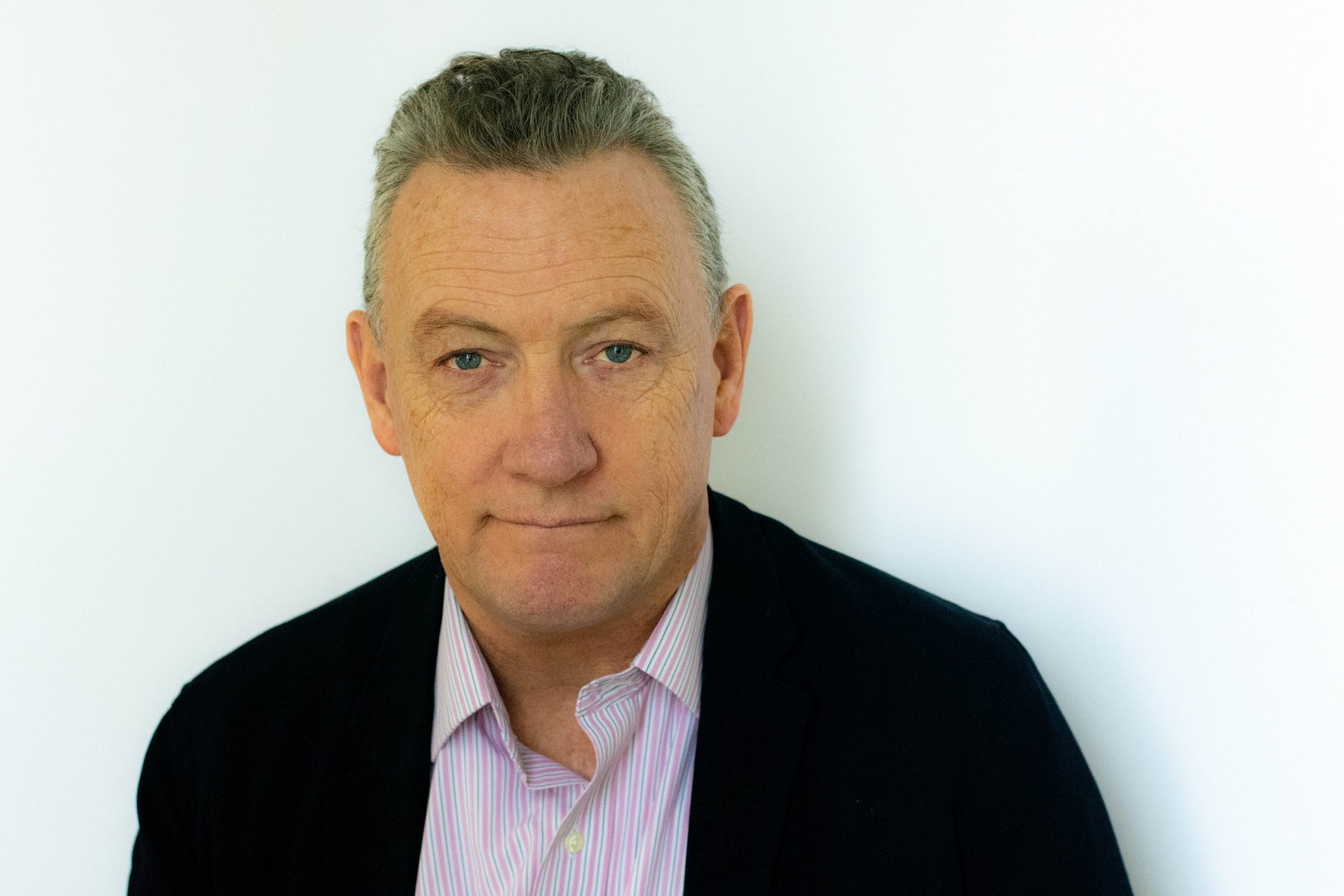 Peter Cunningham is a communications consultant specializing in message, strategy, public affairs and speechwriting. He has worked for private and public sector clients, political candidates, non-profits and governments at the local, state and federal level. Most recently, Peter served as Executive Director of Education Post, a Chicago-based non-profit communications organization promoting efforts to improve public education. Previously, Peter was President of Cunningham Communications, a Chicago-based communications company serving public, private and non-profit sector clients. He recently served as Assistant Secretary for Communications and Outreach in the U.S. Department of Education during the Obama Administration’s first term. Prior to that he worked with Arne Duncan when he was CEO of the Chicago Public Schools. For several years Peter was affiliated with the political consulting firm Axelrod and Associates, and also served for five years in the administration of Chicago Mayor Richard M. Daley. He earned an M.S. in Journalism from Columbia and a B.A. in Philosophy from Duke. 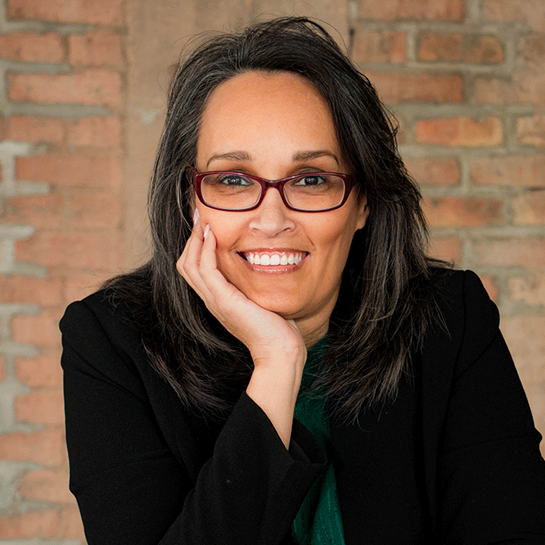 Carmen is the Executive Director of the Chicago Teachers Union Foundation. She began in November 2015 and hit the ground running through enabling over 40 Chicago non-profits to apply for and receiving funding for the 2016 fiscal year. Carmen has over 25 years of non-profit experience, with 18 years in youth development at Youth Service Project and Alternative, Inc. Carmen grew up on the west side of Chicago, in the Humboldt Park neighborhood, which is now known as Bucktown. Being one of eight siblings, Carmen learned at an early age to use her voice and develop her compassion for others. She attended Burr elementary and Wells high school. Following high school, Carmen received her Bachelor and Masters from North Park University.

Coming from a poor background, she understands firsthand what children need to be successful in school and in life. She believes in changing the narrative of not just public education, but that of the youth; she feels that our kids should not be characters in someone else’s story—they should be able to tell their own narratives. She is a strong advocate for promoting social justice for everyone, regardless of age, class, ethnicity, and gender. Not only does Carmen’s personal experiences provide her with an understanding of working with disadvantaged youth and communities, but her professional work has enabled her to build upon that understanding. 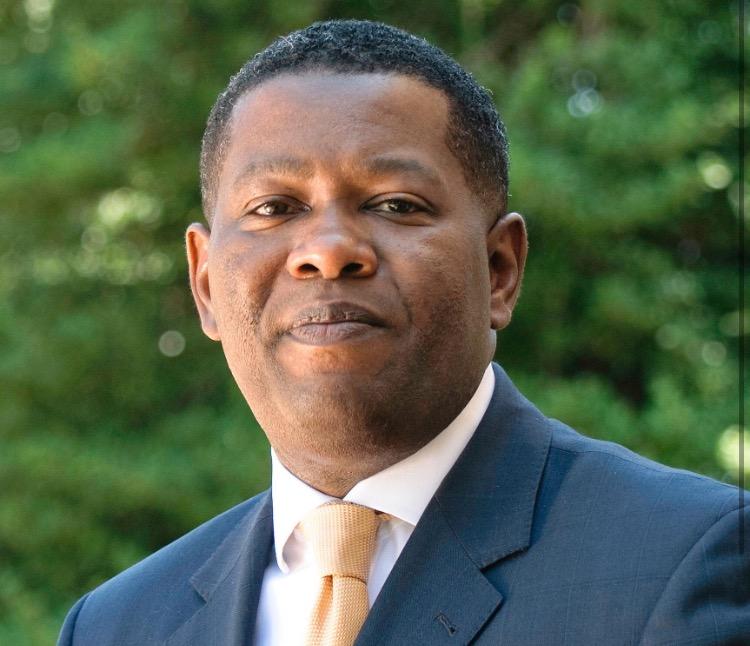 Garrick T. Davis is a public policy professional with lengthy service in the public sector, primarily within the executive branch of the federal government and its agencies. Garrick has served on a number of domestic policy initiatives: most notably efforts surrounding economic development within America’s urban centers, including the reform of government sponsored enterprises such as Fannie Mae and Freddie Mac, the revitalization of advanced manufacturing in America’s cities, and other aspects of job creation and community development.

Garrick served as a Presidential Appointee in the Obama White House. Garrick worked as a Policy Analyst in the Office of the Vice President, assigned with the tactical implementation and performance measurement of the American Recovery and Reinvestment Act of 2009. Before serving in the Obama Administration, Garrick worked in the financial services industry in areas involving compliance, regulation, and asset management.

Garrick has served on a host of non-profit boards and committees, including US House Minority Whip Steny Hoyer’s ‘Make It In America’ Advisory Board and the Augustus F. Hawkins Foundation. Garrick holds a Master of Public Administration from the University of Pennsylvania, as well as a Bachelor of Science from the Edmund A. Walsh School of Foreign Service at Georgetown University 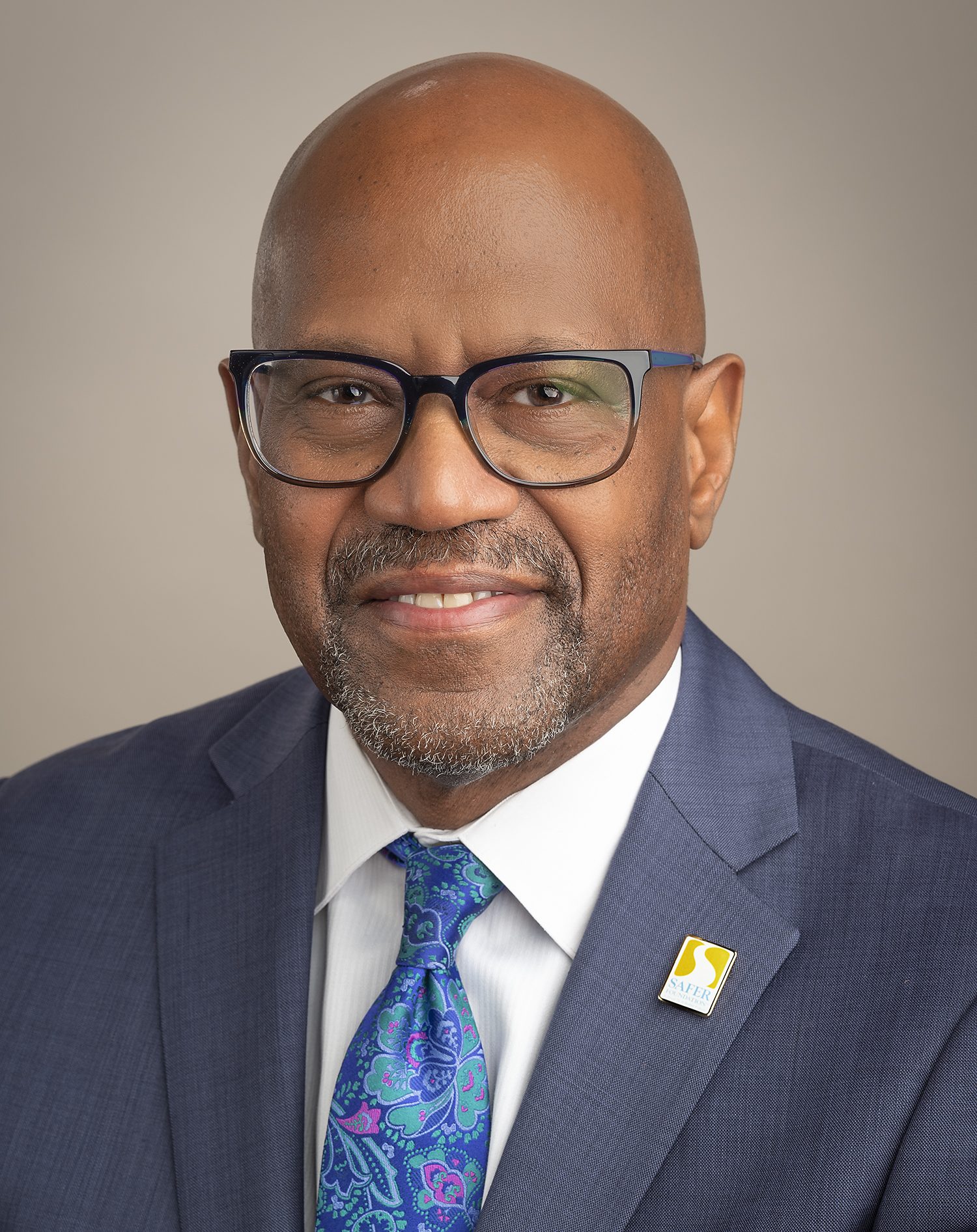 Victor B. Dickson is the President /CEO of Safer Foundation in Chicago IL. The Safer Foundation is a national leader in the fields of community corrections, reentry and workforce development. Through a comprehensive suite of programs and services, Safer Foundation assists individuals pre and post release from jail or prison with a full spectrum of services designed to overcome the barriers to reentry. The core of Safer’s mission includes job preparation and placement, vocational training, housing and behavioral health treatment services. This “holistic” approach to reentry enables Safer Foundation clients to experience a substantially lower rate of recidivism. Safer Foundation provides “A Road to a Better Future” for individuals to reenter as productive, contributing members of society.

Mr. Dickson’s leadership experience includes more than 20 years in the corporate sector with AT&T and Sprint where he was National Vice President of Sales Support & Infrastructure Services.  In this role Victor led a team of more than 3500 network & systems engineers, software developers and technical account consultants, supporting national and multi-national business clients. His team was responsible for maintaining an $11B revenue stream.

Mr. Dickson is a graduate of Roosevelt University in Chicago. Victor and his wife Talese have four adult children and reside in Chicago. 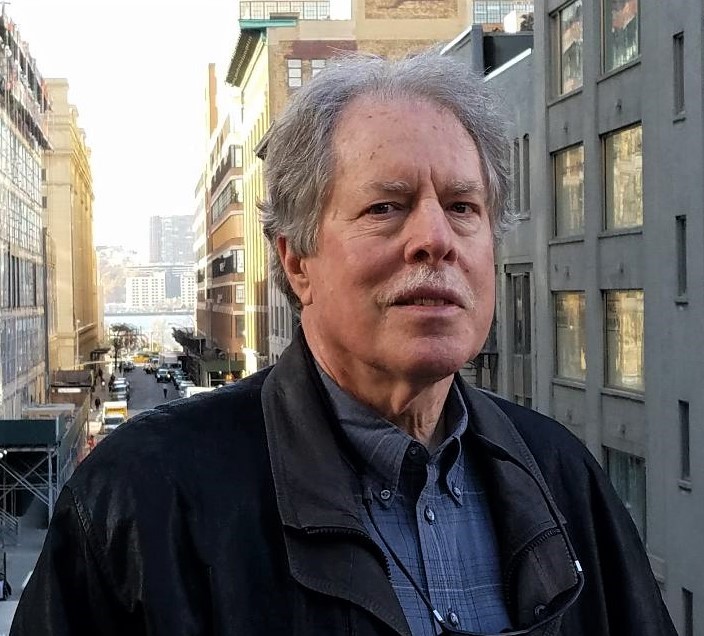 International Representative of the Union of Needletrades, Industrial and Textile Employees, Retired

Mr. Gamble was an International Representative of the Union of Needletrades, Industrial and Textile Employees (UNITE) 1995-2002 and the Amalgamated Clothing and Textile Workers Union (ACTWU), 1985-1995. He was associated with the union’s Industrial Development Department, which worked with staff and local unions on developing union-centered “high road” manufacturing and labor-management partnerships.

He recently served on the boards of directors of the Highlander Research and Education Center in New Market, Tennessee, and the Socio-Technical Systems Roundtable, of which he was President. He was a founder of the Tennessee Industrial Renewal Network and worked as a university professor. He received his undergraduate degree from Maryville College (TN) and an M.A and PhD from Ohio State University. 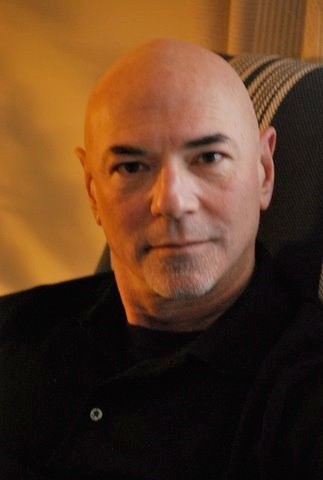 Edward Hamburg serves on the boards of directors of public and private high technology companies and as an advisory partner with Morgan Stanley Expansion Capital. His current directorships include HerdDogg, Inc. (analytical solutions for animal traceability), VizExplorer (analytical software for the casino industry), and the American Institutes for Research (behavioral and social science research). Hamburg was Executive Vice President of Corporate Operations and Chief Financial Officer of SPSS Inc. (predictive analytics technology and services), where he managed the company’s two public offerings, directed its mergers and acquisitions activities, and was responsible for all aspects of the firm’s business infrastructure, including finance and treasury, corporate marketing, human resources, legal and corporate governance, and information technology. Hamburg received a Ph.D. from the department of political science at The University of Chicago and was an assistant professor at the University of Illinois at Chicago. He received his M.A. and B.A. from the University of Maryland at College Park. 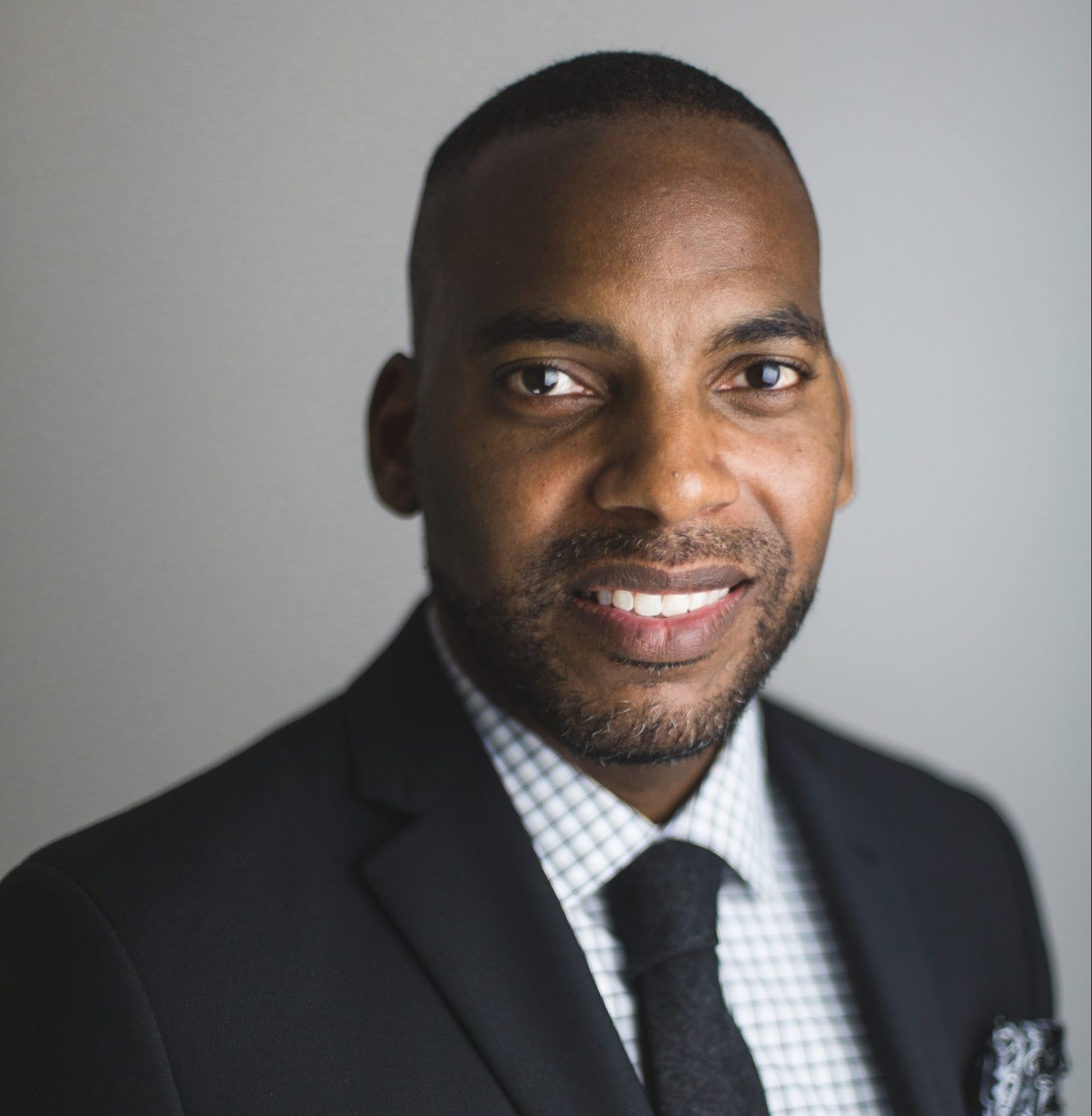 Montez King is the Executive Director of NIMS, the nationally-recognized organization responsible for developing national standards and competency-based credentials in manufacturing trades. Mr. King is responsible for overseeing all aspects of the NIMS operation including administration, programs and strategic planning.

In October 2017, Mr. King was appointed to the President’s Task Force on Apprenticeship Expansion, formed by the Secretary of Labor “to identify strategies and proposals to promote apprenticeships, especially in sectors where apprenticeship progress are insufficient.” Prior to his promotion into the Executive Director role, Mr. King was the Credentialing Director at NIMS and led all technical support, data analytics and quality assurance activities for global credentialing.

Before joining NIMS, Mr. King served as Training and Technology Manager for Magna International, one of the world’s largest OEM automotive parts manufacturers. At Magna, Mr. King oversaw training and technology development for the organization’s manufacturing training facility in the United States. He directed overall planning, development and implementation of their curriculum and instructions. He also directed the training, coaching, mentoring and evaluating of all instructors.

Previously, as a CNC Programming Manager at Kenley Corporation, Mr. King managed the development and implementation of all manufacturing processes, CNC programming, and fixture design for the aerospace and medical device industry. He led a team of manufacturing specialists in developing reliable manufacturing process and work instructions to produce high precision parts and complex assemblies.

Mr. King launched his career at Teledyne Energy Systems as a Machinist Apprentice, where he earned his Maryland State Journeyperson Machinist certificate.

Compelled to give back to his hometown of Baltimore and his alma mater, Mr. King taught at the Community College of Baltimore County for nearly a decade. He designed and implemented instructions for advanced manufacturing courses: CNC Machining Applications, CNC Programming, Geometrical Dimensioning and Tolerancing and taught two to three courses per semester.

His academic background includes a B.S. degree in Information Technology and M.ED degree in Adult Education from the University of Phoenix as well as his 4-year apprenticeship in Machine Tool Technology at the Community College of Baltimore County. 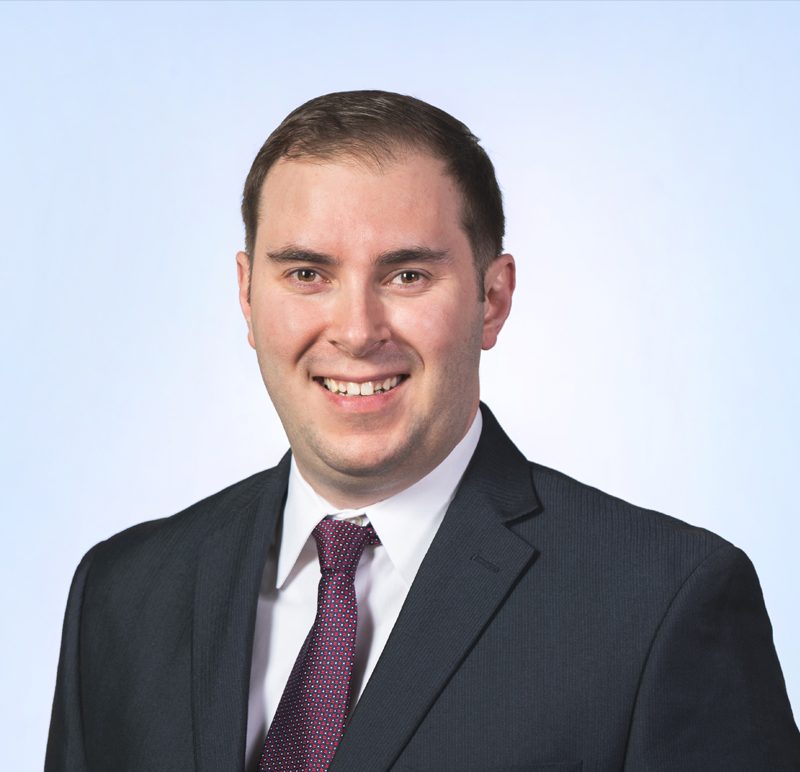 John is an attorney based in Chicago, but with experience working in courts across the country.  He represents businesses and individuals with a variety of their needs, including work with manufacturers. John assists businesses of varying sizes with their transactional and litigation needs.  His work has spanned various areas of the law, and the clients he has represented work in various industries and backgrounds.  John began his career working in complex and class litigation for consumers and investors.  His experience litigating cases provides a critical perspective in analyzing and determining potential issues that businesses may face.

John’s other volunteer efforts include working with the Illinois Chapter of JDRF with its young leadership committee raising money and awareness for Type 1 Diabetes.  He is also active with the Chicago Bar Association’s Judicial Evaluation Committee that assists voters in analyzing judicial candidates and sitting judges up for election in Cook County.

John was drawn to Manufacturing Renaissance because of his belief in the benefits that careers in the trades or manufacturing can have for a community and individuals and his desire to assist and give back to underrepresented communities.  He is the grandson of an immigrant and career-long United Autoworkers’ Union member.  John was born and raised in Elgin, Illinois, and currently lives in La Grange Park, Illinois with his wife and their two dogs, Payton and Halas.  John received his B.A. from Miami University and his J.D. from the University of Wisconsin Law School.